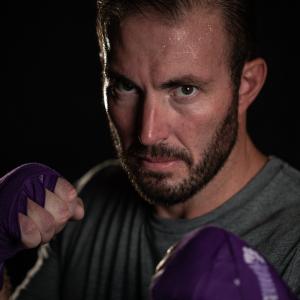 I’ll never forget when we went to NYC 2 years ago to watch Rich “The Baltimore Bruiser” Beecher step into the boxing ring to box 3 sanctioned rounds for the charity Haymakers for Hope. Rich and all of the other boxers who stepped into the ring that night had one common goal, To knock out cancer. Let’s just say the The Bruiser did a little more than that. He was quick on his feet and even quicker with his jab and was victorious in his match. I was so impressed with Haymakers for Hope, the fight night experience and what Rich had accomplished. I couldn’t wrap my head around the fact that he found the time to train for 4 months while balancing a career and a young family. I left that night thinking to myself that I would have loved to have boxed for such an incredible charity when I was in my 20’s when I was in shape and had what now seems like all the free time in the world.

Fast forward two years and I receive a text from the Bruiser himself asking me if I would be interested in participating in The Haymakers for Hope first ever event in Washington DC. I was honored that he even asked me to participate but the more I thought about it, I began to think that Rich might have an ulterior motive, to watch his friend and former teammate get punched in the face. I then thought that Beech was just in the front of a long line of people who would be delighted to watch me get punched in the face for a great cause.

I couldn’t let all that delight go to waste so I signed up and I luckily got selected to fight September 19, 2019 at The Anthem in Washington DC.

I have watched family, friends and former teammates fight cancer head on and I’m grateful that I can help do my part to KO cancer. I’m dedicating my fight to Brian Carroll, an old friend and former opponent who played lacrosse at the University of Maryland. Brian who is now a father to a young family was recently diagnosed with testicular cancer. He went through 9 weeks of chemotherapy and is now in remission.

I myself am a father to two young children and it’s been the most rewarding experience of my life. Being a dad is not without its challenges and I couldn’t imagine doing it while fighting cancer. When I asked Brian if I could dedicate my fight to him, he was honored but he felt undeserving. He made it seem like what he accomplished wasn’t a big deal. I couldn’t believe it, I was talking to someone who literally just knocked out cancer and made it seem like a nine week vacation. I’m honored to be fighting for Brian and all the all parents out there who are battling cancer while balancing parenting, work and life.

Over the next four months as I prepare for my fight night, I will be putting everything I have into training and fundraising to knock out cancer. I would be forever grateful and honored if you would make a donation in my name for an incredible cause.

Thank you and God Bless,