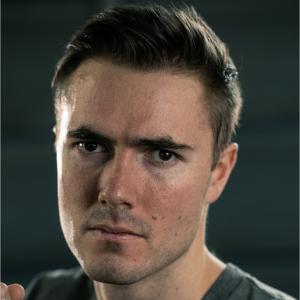 Haymakers for Hope is giving me the chance to share my story, raise money for the team that saved my life, and show just how strong survivors are.

This fight is personal.

I was diagnosed with leukemia on July 15th, 2015. I had celebrated my 20th birthday just days before. All I could think about was all of the things I might lose.

Over the next year, I would lose almost every single one of them, enduring eight rounds of chemotherapy, two heart attacks, two stem cell transplants, and over 200 nights in the hospital. I took medical leave from college, my hair fell out after the first few rounds of chemotherapy, I dropped down to 120 lbs, and I could no longer walk, eat, or breathe on my own. Somehow though, I never lost my hope.

Following my second stem cell transplant, I spent three weeks in a coma in the ICU. When I woke up, I was ready to start getting my life back. A month later, I left the hospital without a breathing tube. A month after that, the doctors removed the feeding tube. A week after that, I went back to college to begin my junior year at Amherst.

My doctor actually told me that his official recommendation was that I should not return to school so quickly, but for me, a big part of recovery is getting my life back. There were compromises, like coming home every weekend for blood tests or wearing a surgical mask on campus, but ultimately he let me do it. He agreed that part of getting better is getting back to normal.

Since then, I graduated from Amherst College in May 2018, moved to Brooklyn to begin a job as a Research Analyst with the Federal Reserve Bank of New York, and just finished my applications to begin graduate school for a Ph.D. in Economics. These big moments, as well as all the small ones in between, make me so grateful for the care I received at Dana-Farber that kept me alive.

I fight for those who fought for me. The money I raise will be donated to the hospital and the medical staff who took care of me. These are doctors who made life-saving decisions and nurses whose joy and enthusiasm carried me through the worst days.

I fight to continue the progress. I would not have survived without the innovations in cancer treatment developed over the past decade, so this money will go towards research initiatives at Dana-Farber that will save even more lives.

I fight for survivors. We are strong, and I want to prove that there is nothing we cannot do.