The Week Before Fight Night

Haymakers for Hope fighters spend an intensive 4 months training for their first boxing match to KO cancer. Here’s a look at the final seven days of training with one of our New York fighters. 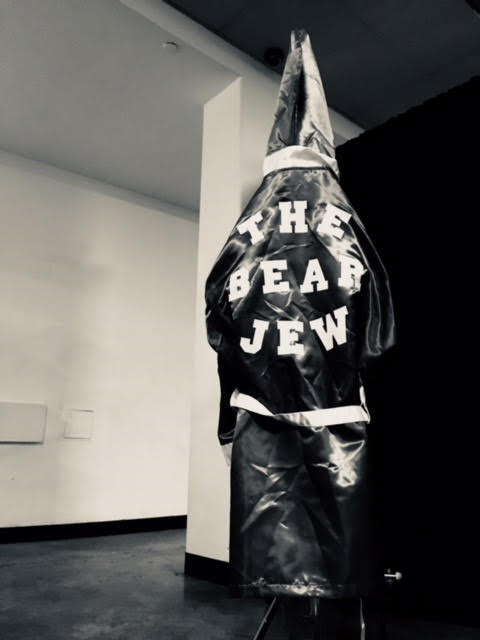 A week before his first boxing match, Jason Harris is 3,000 miles away from his gym. Most of his fellow Haymakers for Hope fighters are squeezing in extra ring time, but he’s preparing in a different way.

As CEO of award-winning marketing agency Mekanism, Jason’s speaking at a conference in Portugal. The trip is no vacation. Jason and his trainer Paul have worked out a strict regimen and diet for him to keep up during the trip. Surprisingly, he’s finding other ways to mentally prepare for Fight Night, too: “I was speaking at this conference in front of roughly the same crowd as the Hammerstein ballroom. I was thinking as I was doing it… this is so much easier. Some people have a fear of public speaking, I have a fear of public boxing.”

T-6 Days Until Fight Night
“Keeping the weight down.”

On his last Portugese day, Jason’s doing much of his regular workout. “Lots of sprints, shadow boxing, keeping the weight down,” are on the agenda. He’s dropped an astounding 15 pounds during the lead up to his fight. Six days before the fight, though, he’s still fighting to shed his last 2 pounds before Thursday’s weigh-in; no easy task when you’re at an industry-wide party in one of the foodie capitals of the world.

How does he manage to keep weight off when hanging with clients? “I’m carrying around sparkling water with lime, acting like it’s vodka.”

Five days to go. Jason flies back to New York and takes a day to recover. No running, no shadow boxing, no sweat. The main focus of the day? “Staying relaxed.” 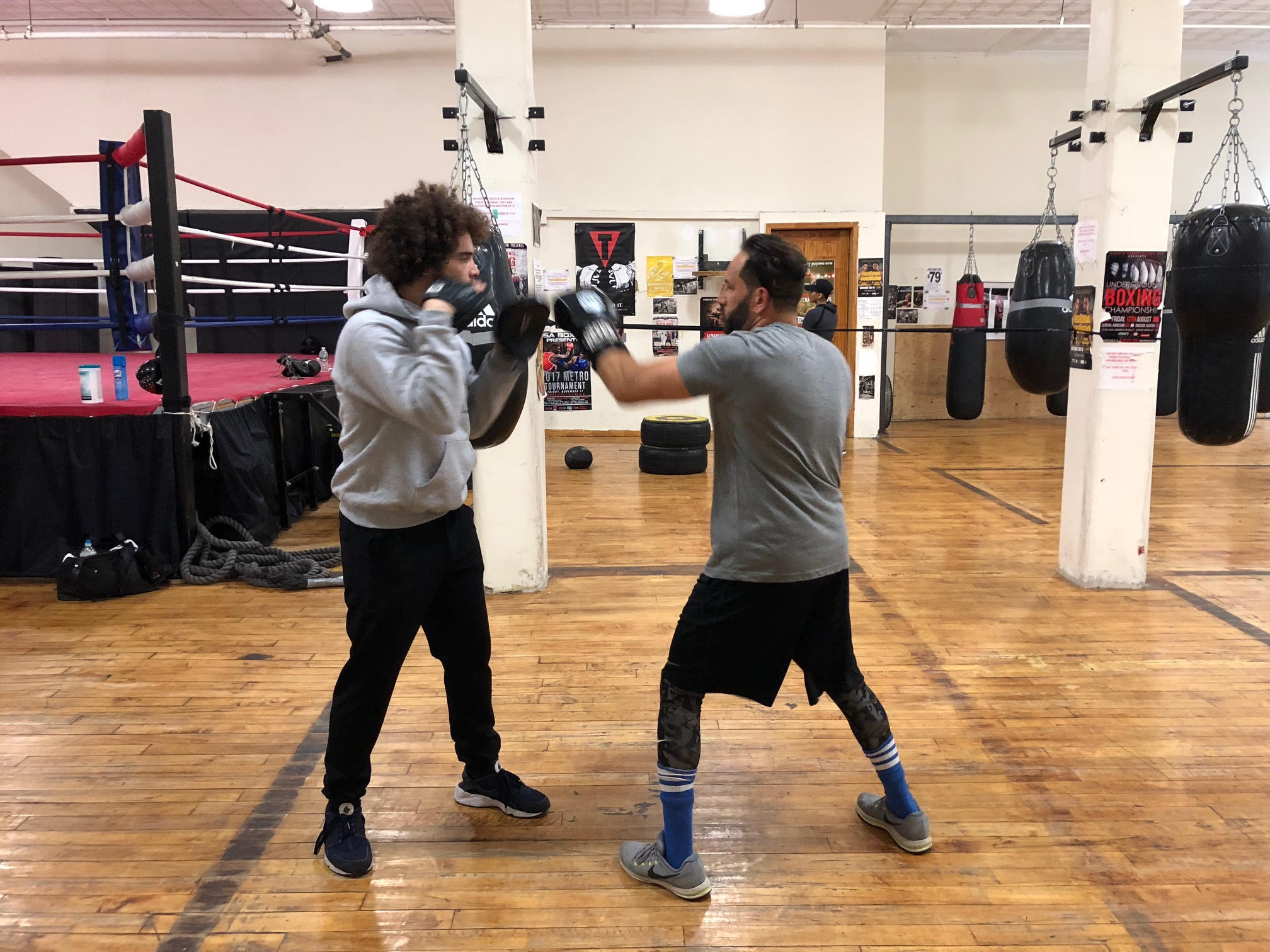 Jason’s back at Church Street Gym with his trainer Paul Bamba. They end a 90-minute session with three rounds on the mitts and Paul’s calling for lots of jabs. With four days left, the trainer says they’ll spend the rest of the week focused on fine-tuning the game plane. “Just go in, punch first, punch hard, and have smart aggression,” Paul tells Jason. “And keep your hands up.” There’s some friendly teasing between the fighter and his coach, but the two have a clear respect for one another and the training process. Paul’s quick to praise Jason’s hard work, and notes that tenacity and grit are two of his best attributes.

That’s not to say that their friendship has allowed Jason to take it easy in the fight lead up. “Paul’s philosophy is ‘mind-f*ck training’ which means I show up every day not knowing if I’m gonna spar or run with weights or get punched by a boxing glove at the end of a pole. I never know what I’m doing, so I’m comfortable being uncomfortable. Ready for anything.”

Paul’s training regiment doesn’t stop at the boxing gym. This evening, Jason’s still working on dropping the final two pounds with a 5-mile run in a trash bag and 20 gruelling minutes in a steam room.

T-3 Days Until Fight Night
“Mentally in the game”

“I read a book called The Art of Mental Training,” Jason says. “It’s a story about how different characters prepare for different aspects of competition.” A former soccer player, Jason’s drawn to the chapters about Pelé and his method of visualizing matches before they took place. The fighter notes that mental prep has been a major tactic in his training, particularly before sparring matches.

Today, Paul puts Jason through his last day of sparring before the fight. Both men seem happy with the rounds and finish up the workout throwing non-stop combinations on the mitts. Jason infuses fight prep through the rest of his day, too. Lots of rest, a few final days of clean eating and some acupuncture are all geared at making sure he’s “mentally in the game.”

Jogging. Stretching. Five rounds of shadowboxing. Three rounds of defensive drills. Two rounds on the mitts. Jason’s workouts aren’t getting any easier. He still has two pounds to lose, so Paul has him wear a trash bag to help sweat off the extra weight.

Jason walks me through his diet this week, which borders on monk-like. Oatmeal, protein shakes, salmon, and broccoli plus green teas and a ton of water. Every. Single. Day. Two days until he gets in the ring. 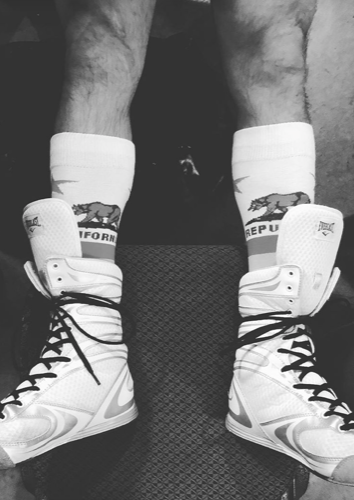 T-1 Day Until Fight Night
“No wraps. No gloves. All trash bag.”

Paul’s pre-fight workout has Jason sweating the day before Fight Night. Twelve minutes of straight shadowboxing (no rests!) would get anyone schvitzing, but today’s gym clothes are a little different. “No wraps. No gloves. All trash bag.” Paul instructs Jason through combinations and footwork while he wears extra layers of clothing. The two wind down the last workout with a mile-long walk, some stretching, and a review of tomorrow night’s plan of attack.

Fight Night
“I really want to leave it all in the ring.”

Fight Night starts early for Jason “The Bear Jew” Harris. “I woke up at 5am and ate half a steak, some black bean salad. That was the last time I ate before weigh-in. All day I chewed gum and sipped water.” The six weeks of clean eating and trash bag outfits paid off; Jason weighs in at a tidy 187 pounds, just under his required 188.

After weigh-in, Jason chows down on some Chipotle and gets cleared by the ring doctor to fight. He and Paul camp out in the back of the fighters’ room, setting up a space of their own to review the fight plan and warm up. The mood is relaxed and Jason seems comfortable as he rehashes the strategy he’s been repeating all week: “Keys to victory are volume, throwing lots of punches, snappy punches, being aggressive, trying to pressure him, make him uncomfortable.” Paul agrees, “Game plan is to stick and move. His opponent doesn’t like to get hit.”

The bigger mission of the night is top of mind, too. Jason’s fundraising efforts are in the top 10 of the group; he’s raised a whopping $30,000 and climbing at the start of Fight Night. His pride in the program is apparent and he notes “everyone that’s competing tonight is a really good person and they’re doing this for a reason. Win or lose that’s the most important thing, to KO cancer. What we’re going through is like nothing. It’s six minutes of anxiety and hardcore sweat, but why I’m doing this is always in the back of my mind.”

Before he leaves to get his hands wrapped, Jason considers the best and worst outcomes for his bout. “I feel like if I leave and I have no more energy I’ll be psyched. If I feel like I could have gone a little harder, I’ll be really pissed at myself. I really want to leave it all in the ring.” 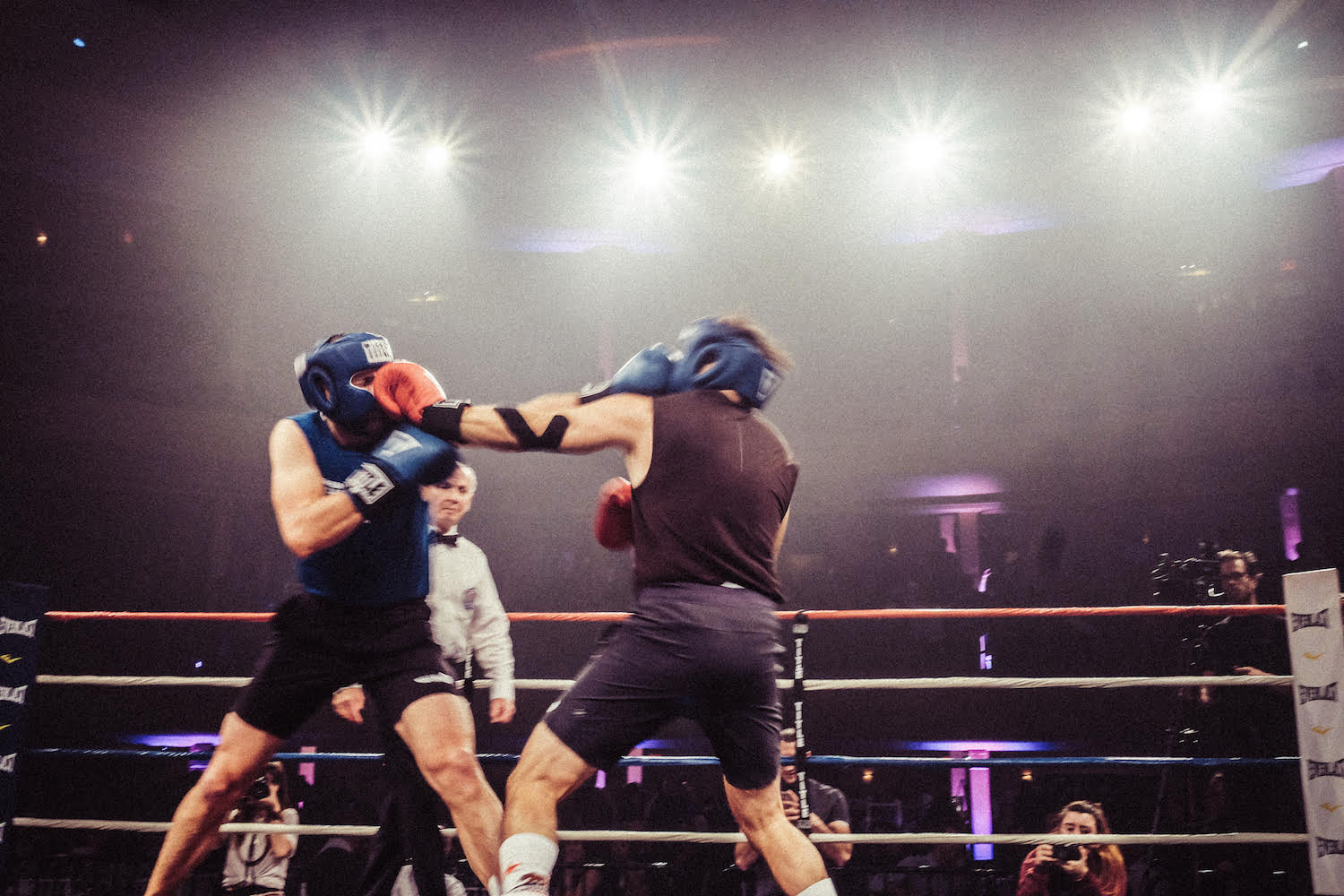 The crowd goes wild as Jason enters the ring. He’s one of the most popular fighters of the night, and the crowd’s full of his family, friends who’ve flown in from across the country, colleagues from his advertising agency. His attention to detail in training -- the strict diet, the mental preparation, the acupuncture therapy -- shows up at fight night, too; he dons a custom blue robe and some slick socks printed with the California flag.

Jason fights hard. He lands some explosive jabs and a beautiful combination of three powerful hooks, his legs strong and moving forward the whole time. His heart in the fight until the referee ends it in favor of his opponent in the second the round.

Post-fight, Jason and Paul are disappointed in the outcome, but they celebrate the evening with a cheeseburger and vodka soda (“Delicious.”) and hang with Jason’s hoards of fans.

Harris is a true fighter and doesn’t leave much time for focusing on the loss. He’s back in the gym the following Monday, training with the same intensity as before. He hopes to fight again soon. “Haymakers for Hope was better than I could have even imagined. Our group raised a staggering $900k-ish and as a bonus I got in sick shape, learned a skill and made a few cool friends in the process. I wish I could go through the whole experience all over again.”