Haymakers for Hope is an official 501(c)(3) charity organization that began in the fall of 2009, when co-founders Julie Anne Kelly and Andrew Myerson embarked on the grueling training process to compete in the New York City Golden Gloves. Julie was the defending champion in the women’s 132 pound division and was looking to defend her title, while Andrew was competing to try and win his first. Julie and Andrew decided that the grueling physical, mental, and emotional test of competing against the country’s best amateur boxers was not enough–they also wanted to raise money for cancer research, making the tournament an opportunity to literally fight for a cure! Officials at Dana-Farber and the Jimmy Fund were extremely excited about the idea, and accepted Julie and Andrew’s proposal.

“Over these past eight years, we have built a strong community of ass-kicking philanthropists from all walks of life who show amazing courage by stepping into the ring to literally kick out cancer.” -Andrew Myerson

If you ever find yourself in a dark alley with Julie, run the other way, fast. This mom of 3 is not a ginger you want to mess with.

Andrew traded in long hours and excel spreadsheets at Goldman Sachs to KO cancer. Through his entrepreneurial journey he got a MBA from MIT, and worked in Venture Capital. He’s happily married, a father of 3 (two kids and one canine), and retired a very average amateur boxer.

After his now wife convinced him to get punched in the face for a good cause, Mark, the ass kicking Rock 'N Rumble V fighter, has officially embraced dad life. When he's not skateboarding to pick up his vegan lunch he's chasing around his son, Des.

After trading in Harpoon beer for boxing gloves this Belle of the Brawl is passionate about doing her part to KO cancer! When she's not at EverybodyFights you'll find her eating tacos & drinking margs at Loco Taqueria.

This Boston native is now Boulder, CO based. From boxing to placing among the top 250 in his 1st Boston Marathon - Brian is the ultimate athlete. 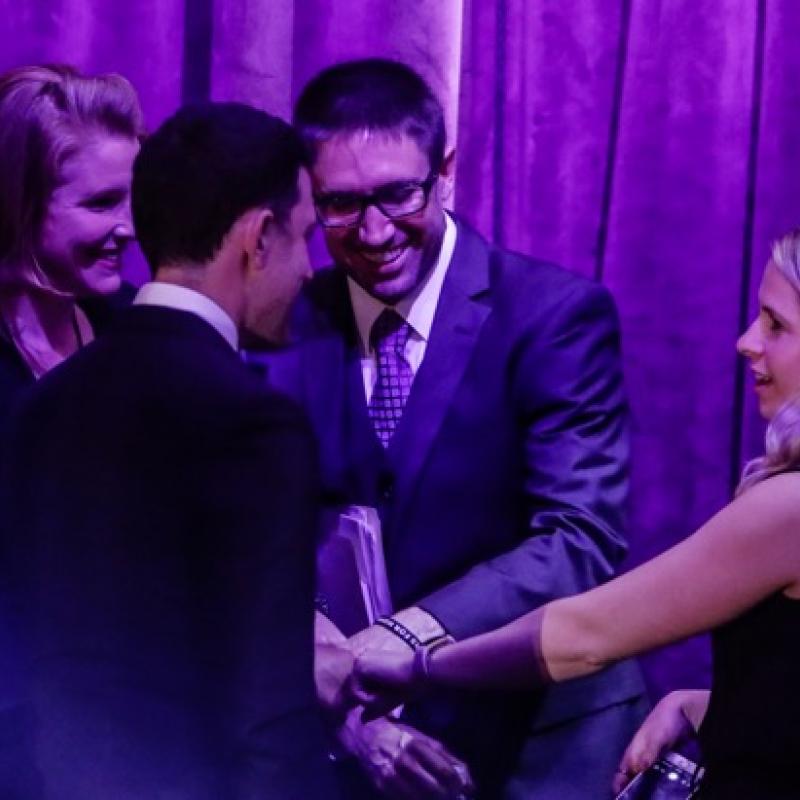